Bombay Sapphire, the world’s number one premium gin by volume and value, announces its collaboration with contemporary Chicago artist Hebru Brantley to launch its first-ever artist-designed bottle in North America. As an extension of Stir Creativity, the global platform from Bombay Sapphire, the new Hebru Brantley Limited Edition bottle embodies the brand’s mission to inspire and awaken creative potential within everyone. The launch of the Hebru Brantley Limited Edition will benefit the Chicago chapter of Black Lives Matter.

Drawing inspiration from his early passion for street art, Brantley’s bottle design features distinct Afro-Futuristic motifs as an extension of his narrative driven work. Recognized as one of the preeminent Black artists at the forefront of culture, Brantley is internationally lauded for his public works and solo shows over the past decade, and has been sought after by a roster of A-list clientele including Jay-Z, Lenny Kravitz, George Lucas, LeBron James and more. Brantley’s most recent project, Nevermore Park, transformed his former Chicago-based studio into a fantasy-like immersive pop-up art experience that attracted tens of thousands of visitors from around the world. Continuing to channel his work on new unexpected canvases, the artist has collaborated with Bombay Sapphire to create a design for the iconic gin bottle.

“We are honored that our first artist edition is with Hebru Brantley, whose work we have admired and supported for a long time,” said Tom Spaven, North America Brand Director for BOMBAY SAPPHIRE gin. “Bombay Sapphire has always been a champion for equal representation in the arts, and it was absolutely essential to us that we make this donation to support the Black community. Art has the power to create change, but this is just a small step. We recognize that we can and will implement more long-term initiatives to champion marginalized voices in the creative arts — a mission that has never been more critical than it is now.”

The longstanding association between Bombay Sapphire and Hebru Brantley was first established in 2011, when Brantley as an up-and-coming artist qualified as a finalist for the Bombay Sapphire Artisan Series — a nationwide search for the next big names in visual arts with a focus on fostering rising talents and undiscovered voices. As a part of the prize, Brantley’s work was showcased at Scope Art Fair the following year, propelling his work onto the global art scene and attracting the attention of major brands and cultural icons alike, including hip-hop mogul Jay-Z who purchased one of his pieces — a testament to the exceptional caliber of talent who received exposure from the brand’s annual emerging arts competition.

“It can be pivotal when an established, global brand like Bombay Sapphire believes and invests in up-and-coming artists early in their careers. My relationship with Bombay Sapphire began with the Artisan Series almost a decade ago, which played a role in jumpstarting my career,” says Brantley. “Now the relationship has come full circle with my reinterpretation of the iconic Bombay Sapphire bottle, which is an extension of my submission piece for the Artisan Series. When you create something unique like this, you want it to inspire hope for a better future and shine a light on the courage and resilience of Black people in America. It felt only right that Bombay Sapphire and I were able to do this together to benefit Black Lives Matter Chicago, to support the critical work they do in fighting for racial justice in my hometown.”

Get $5 off your first order! 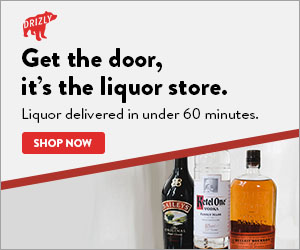